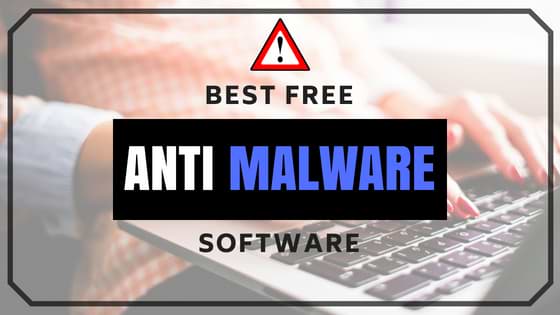 What is a Malware?

Malware is an abbreviation for malicious software. It is plugged into your computer with the aim to damage without the knowledge of the owner. Once it is in the system it collects your personal and sensitive information, gain access to private computer systems, it can appear in the form of code, scripts, active content, and other software.

So what are the different types of Malware?

So we have few listed here which are – virus, worms, Trojan virus, and spyware which various form of malware. Viruses, for example, then to cause disorder on a computer’s hard drive by deleting files or directory information. Spyware is very good with gathering data from a user’s system without the user knowing it. This can include anything from the Web pages a user visits to personal information, such as credit card numbers.

Related: Is Utorrentie.exe Safe To Use? Is it a Virus?

Computers that are infected with malware can exhibit any of the following symptoms:

What is an antimalware?

Anti-malware is a combating software against the malware that the victim knowingly install on your computer with the purpose of protecting your system from malware infiltration and infection. Anti-malware programs have the capability to do this in three ways: they detect malware on your computer, safely remove it, and clean up any of the damage to the computer that the malware may have caused.

Also See: What is Computer Virus?

How does anti-malware software do its job?

Many programs scan for malware using a databank of known malware definitions (also called signatures). These definitions helps to figure out how the malware works and how to recognize it.

If the anti-malware program discovers a file that matches the definition, it’ll flag it as potential malware. This is the best way known to get rid of any known threats, but one things it needs is regular updates to make sure the program doesn’t miss out on newly developed malware.

Another method to detect anti-malware or bad software is a procedure of analysis called heuristics. An unconventional database scans, then heuristic analysis allows anti-malware programs to detect threats that were not formerly discovered. Heuristics adopts the method of identifying the malware by behaviors and characteristics, instead of comparing against a list of known malware.

A good example of this analysis is that if an application is designed to remove important system files, the anti-malware software may flag it as malware (since applications should not be doing that). Sometime heuristic analysis can come out as “false positives,” or programs flagged as malware that are actually legitimate.

A third method to remove malware is by running a program it suspects to be malevolent is in a sandbox, which is a protected space on the computer. The program is made to work in its full capacity, where it has complete access to the computer when, in fact, it is running in an enclosed space while the anti-malware monitors its behavior.

If it reveals malicious behavior, the anti-malware will terminate it. Otherwise, the program is allowed to execute outside the sandbox. Though, some forms of malware are clever enough to know when they’re running in a sandbox and will stay on their best behavior…until they’re allowed free access to the computer.

To allure the customer there are many free and paid anti-malware software online to choose from, the free version will help you scan and detect a small amount of malware whereas the paid version completely cleans and optimize your computer.

Our best free tool called Malware Crusher removes all regular threats from your Windows PC and makes sure that all infected windows resources are placed with safer versions. It deeply scans your PC for any malicious program that might have got into your computer and also helps to detect any suspicious behavior on your computer. Removes all malicious and infected files from your PC and keeps a record of all the malicious programs deleted. You can choose when and what essential programs to restore at a later time.