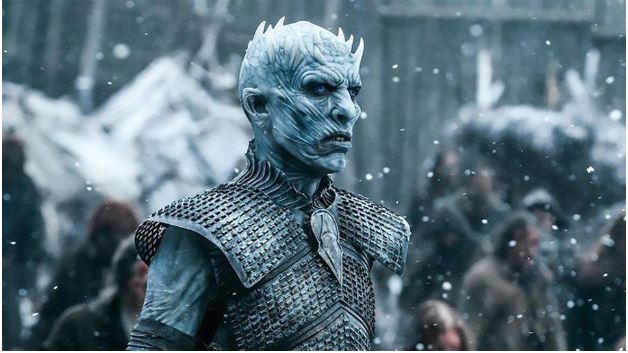 Game of Thrones needs no introduction as one of the best web and TV series. After many episodes, there is a lightning desire to know the story further, with the much awaited the excitement grows more because this is the last season of this Epic series, which has globally enticed the audience with the zeal to know more, the time has come for you to know what happens next.

Nevertheless, all good things come with a price and so does the GoT.

The popular web series is available for you to watch over multiple online streaming services that charge you some amount every month. But, there are a few ways you can skip the payment and still watch Game of Thrones season 8 for free.

Although, the tricks to watch the show for free aren’t forever. Moreover, it is recommended to subscribe to the services and avail more benefits and features.

It is important to know that shows like GoT take a lot of effort and money to be produced for you. And, they too expect something in return.

How to watch Game of Thrones (GOT S8) for free?

One of the greatest ways to enjoy GoT is the free streaming of season 8 can be done when you sign up for free trials of several streaming service suppliers.

Though there are numerous websites that claim to offer free streaming of your favorite shows they either flood your screen with unwanted ads or spread some nasty malware.

Also Read: Use Snapcode to Find Someone on Snapchat

It is always better to be patient than regret later. Below are the best and trusted ways you can stream your media for free and without breaking any law or policy:

There can’t be anything better than HBO to watch GoT. The channel offers a free 7 days trial, which you can avail on the same day as the first episode floats.

HBO charges $14.99 after the free trial period of 7 days is over and it requires your card details beforehand. If you cancel your subscription within the free trial of 7 days, you would not be charged any amount.

If you are craving for GoT, Amazon is also there to feed you with all the episodes.

With Prime, you can also subscribe to HBO for a free trial period of 7 days after which there’s a subscription charge of $14.99. It is important to know that you must be an existing subscriber of Amazon Prime to avail this offer.

If you are not, get a free trial of a month for Prime too. There’s a charge of $12.99 if you choose to continue with Prime after the free trial period.

Hulu is a popular online streaming service provider that helps you get HBO subscription Free for a week.

You can subscribe to its ad-supported plan that costs $5.99 for the base plan and $14.99 for HBO. If you don’t cancel your subscription within the free period.

This is one of the most expensive ways to access HBO, these can be done if you have a lot for your money. Basically, PlayStation Vue is a full-grown cable subscription for your devices which can include a computer, phone, tablet and many more channels for $44.99 a month.

Yes, there’s a free HBO trial, and no, you don’t need a PlayStation console, it can be seen on your smart TV

Does your parents or someone in the family has a cable connection for HBO Go? Great time to make use of it.

You can sign through their account on HBO GO, this gives you the chance to watch through cable/satellite subscriptions and allows you to stream Game of Thrones live as its airing.

Read More About: Offline and online shooter experience based on a renowned Game

What is Game of Thrones about?

Game of Thrones is an English series that goes around an iron throne for which seven kingdoms fight.

Any of the seven who wins the iron throne would rule all the seven kingdoms. What makes this series so popular and demanding is its genre that consists of love, dragons, war, betrayal, death, blood, vengeance, magic, and whatnot.

The seven kingdoms fighting for the iron throne have their names as house names.

Now that you know how to watch Game of Thrones Season 8 for free, it’s time to get some entertainment. However, it is always good to subscribe to the content provider as a series like this are very expensive to produce.

Another report reveals that the reason behind ending GoT is that the audience is willing not to pay and running after free things. There’s only one way you can appreciate someone’s work and that is by paying for the content they’re making.