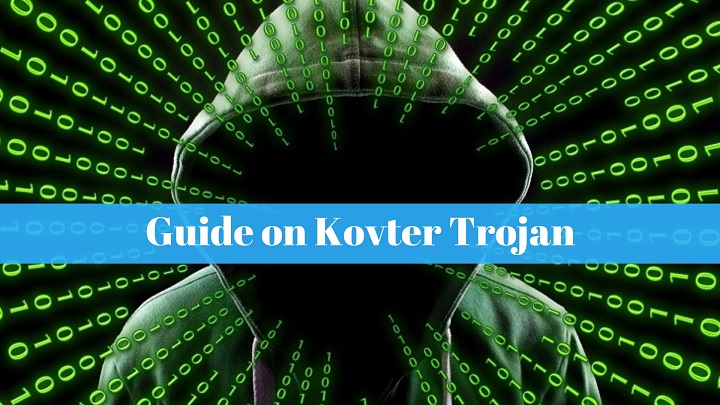 Kovter is a Trojan virus is engaged in performing the harmful click to extortion operations on the PCs it has captured, and it is purely intended to make money gain and increase the web traffic for its creators.

When the new Kovter variant takes control of a PC then it advances the ability to establish itself into the registry of the computer and stay concealed from being recognized on the disk.

It succeeds to evade the detection by playing registry tricks on the operating system.

This threat leads to memory inhabitant and continuously works with the registries to assurance it is stacked into memory every time the infected computers starts up.

The Kovter malware was first discovered somewhere in 2013, since then it is actively evolving.

Anyways, Kovter itself is known to perform pay per click-extortion and make a profit for its inventors.

How Kotver Trojan attacks the computer?

The Kotver Trojan infection is distributed by many means. The most recent example seen which has the quickest and easiest method to get infected by this virus trojan is through infected websites or the malevolent websites.

These malicious web pages affect the operating systems which use the exploit kits that can detect the vulnerability of the computer and install the Trojans without the user’s consent.

Another method used to distribute to spread such malware is through spam emails comprising infected attachments or link to infected or target websites.

The malware writers send such alluring email which takes the help of popular manufacturer names and gives headings which mislead the users into trusting such transportation organization like DHL or FedEx.

To look at it from a boarder move, your PC is now infected with a Trojan.

Though this Trojan turn adware might not damage any files or Windows system, but it will certainly irritate you with the frequent notification or ad banner.

As it is a malevolent program so the longer it stays on a computer, the more it will weaken the firewall of the computer making way for other malware.

How to get rid of the Kotver Trojan?

We recommend you to do away with Kotver Trojan at the earliest, and it is not going to add any value to your browsing experience but only hamper it further.

For more information click here to get the best guide on kovter trojan.